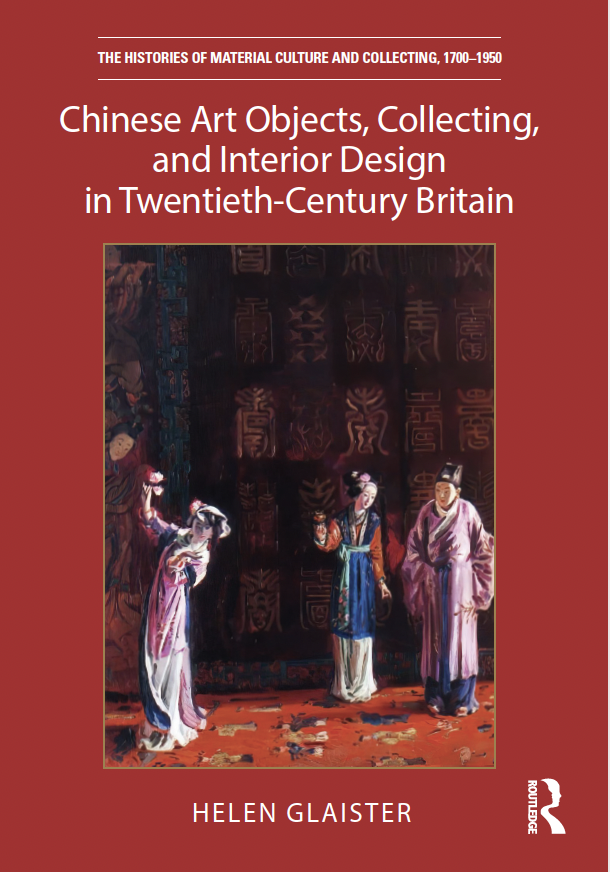 Since their first arrival in Britain, Chinese art objects have been coveted by collectors and consumers, never more so than during the first decades of the twentieth century. At that time, England, or more precisely London, became a nexus for collectors of Chinese art, in particular ceramics, whose names are now well-known, having been memorialized in museums across the country. The Ionides Collection, upon which this book is based, has remained outside the leading histories of collecting but constitutes a major body of work, a large part of which is now held in the British national collections at the Victoria and Albert Museum (V&A) and the British Museum in London.

This book constructs the history of the collection and collectors for the first time. For architect and interior designer, Basil Ionides (1884-1950), Chinese ceramics and art objects constituted an important aspect of his design schemes, emphasising both the aesthetic and material properties of individual and groups of objects and their design history. For his wife, the wealthy Shell heiress, Nellie Ionides (1883-1962), collecting Chinese ceramics constituted an important pastime and a key aspect of her identity and status amongst British high society and the Anglo-Jewish elite. The display of their combined collections, staged by the designer/collector in Neo-Georgian style, allow us today to observe the relationship between collecting Chinese art objects and interior design during the interwar period.

The Ionides were not the only actors in this story; museums experts, dealers, agents and auctioneers all played a significant part in the history of collection, from its accumulation in the private sphere to its public transfer and dispersal on the art market where objects continue to circulate today.

Helen Glaister is an art historian specialising in Chinese ceramics and decorative arts. She began her museum career at the British Museum and worked as Programme Director of the World Arts & Artefacts Programme at Birkbeck, University of London before progressing to her current position as Course Director of the Arts of Asia Programme at the Victoria and Albert Museum (V&A), London. Helen was awarded her MA and PhD from SOAS, University of London where she regularly teaches. She has contributed to exhibitions and cataloguing projects on Chinese art, most recently the Liverpool Museums touring exhibition to China, 2023. Current research focusses on collections history, Chinese lacquer and porcelain of the late modern period.

The lecture will be chaired and responded to by Ivy Yi Yan Chan.

Ivy Yi Yan Chan is an independent scholar, curator and consultant. She currently works as a Curatorial Consultant to the Museum of East Asian Art, Specialist at Eskenazi Ltd. and Council Member of the Oriental Ceramic Society. She is a regular guest lecturer at SOAS and Christie’s Education, and has authored, translated and contributed to various publications on Chinese art and culture. She previously worked as a Chinese Art Specialist, Head of Sale and Associate Director at Christie’s London. She obtained her MA and PhD in History of Art and Archaeology from SOAS, specialising in Chinese art and collecting histories.

*A Zoom link will be sent after registration.