Past Event: A guided tour of ‘Treasures of Osterley’ followed by a talk on the Child family as collectors by John Chu 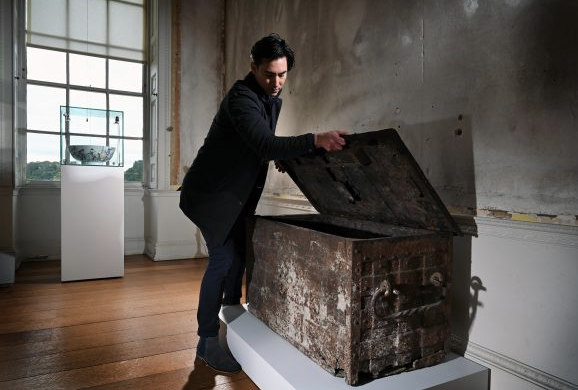 A guided tour of ‘Treasures of Osterley’ followed by a talk on the Child family as collectors by John Chu.

‘Treasures of Osterley’ explores the rise to fame and fortune of the Child banking family of Osterley Park through the exquisite works of art and furniture they collected. Sir Francis Child and his sons were at the forefront of the development of modern banking, during what was known as ‘The Financial Revolution’ in the late 17th century. They were major investors in the new stock markets and founded their own family banking business on Fleet Street, competing with the newly formed Bank of England. It allowed them to buy the opulent Osterley Park in West London and to indulge in their passion for collecting works of art from around the world.

Spread across four of Osterley’s grand rooms, the exhibition showcases treasures from the Child collection. Many of them are rarely on view. Each object has been chosen to provide a glimpse into the Childs’ lives and work.The centrepiece of the exhibition is a 17th-century painting of St Agatha by Italian artist Carlo Dolci. This has been reinstated into the Osterley collection and is on show for the first time after its recent acquisition by the National Trust.

John Chu is assistant Curator of Pictures and Sculpture for the National Trust, working on the research, display and conservation of collections nationwide. At the Trust his research focuses on different styles of collecting in the eighteenth century, and he has published peer-reviewed articles on the connections between gambling and aristocratic patronage, the collecting of women in East India Company territories and, currently, Old Master connoisseurship among bankers during the Financial Revolution. He is the main curator of the exhibition Treasures of Osterley.