Art and Patronage in Late 19th century Rome: Reverend Robert J. Nevin and the Church of Saint Paul’s Within the Walls 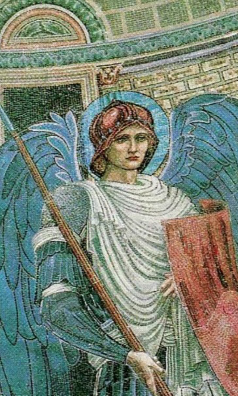 On September 20, 1870, the army of the Kingdom of Italy broke into Rome, which became officially the new capital only a few months later. That date marks the end of the popes’ temporal power.  These events made a huge impact on the urban and social structure of the city. One of the very first episodes of this new phase is tightly connected to a U.S. Episcopalian pastor, the reverend Robert J. Nevin (1839-1906). In 1876 Nevin consecrated Saint Paul’s Within the Walls, the first Protestant church ever built in the heart of the capital of Catholicism. To stress the distance to the Catholic Church he referred to Victorian England, commissioning the architecture from George E. Street, the majolica from Frederick Garrard, the designs for the mosaics from Edward Burne-Jones. This talk highlights the key role of Nevin and Saint Paul’s from many aspects: for instance, I shall highlight as one example, the adoption of materials and production methods, which were characteristic of British industrial revolution and which previously had been almost unknown to the Roman milieu.